Will Lorentzen and Adrian White met in Arizona while traveling in 2010. They interned, volunteered, and worked at/managed organic and sustainable farms all over the US in between paid traveling jobs. To continue their education and build their experience at small regenerative farms, they decided to travel and learn at farms together – which led them to North Carolina, Appalachia, Texas, and finally, the Midwest in Iowa. They married in 2015.

Will started as a line cook with dreams of becoming a chef. But he was drawn away from the kitchen to the field, wanting to learn how food was produced, with agriculture eventually overtaking his interest in the culinary arts. Before meeting Adrian, Will spent a few seasons at small and large farms scattered across America, including a mushroom, vegetable, and hog farm in the Appalachian mountains of North Carolina and a diverse vegetable farm in southern Missouri. He also did seasonal agricultural labor at large farms, such as in Washington State.

Adrian’s interest in organic farming began in college. While there, she was part of establishing her university’s first organic gardening club – not long afterward, she pioneered her own unique organic farming internship that took her to Vilcabamba, Ecuador, in South America for 4 months to learn native farming practices. Upon returning, she began to travel around the country to learn organic farming in Oregon, northern California, Minnesota, and North Carolina.

After traveling together to farms across the country, Will and Adrian landed in Iowa in 2011. There, they worked at Echollective Farm & CSA in Mechanicsville, an organic farm just north of Iowa City, Iowa, where they were promoted to managers rapidly within the year. Adrian managed the farm for 3 years, while Will managed Echollective for 6 full seasons.

During that time, Will began his own growing initiative specializing in organic shiitake and oyster mushrooms in 2012, along with an ethical Swine CSA that ran for 3 years – together called Oak Savanna Mushrooms and Swine. Finally, in 2016, a land access opportunity with the Sustainable Iowa Land Trust (SILT) and the generosity of land owner, Steve Beaumont, brought Will and Adrian up to the Driftless Area in northeastern Iowa: a unique Midwest region they both love, filled with dramatic bluffs, stunning views, trout streams, canoeing, kayaking, and of course, one of the highest concentrations of organic farms in the country. There, they established their Driftless ridge-top organic farm, Jupiter Ridge Farm (LLC).

Will and Adrian are both co-owners and operators of Jupiter Ridge, taking part in the daily business as partners. They work together to cultivate a variety of mushrooms (shiitakes, oysters, lion’s mane, and potentially more), diverse vegetables, and culinary (and medicinal) herbs using sustainable and regenerative farming practices only. Jupiter Ridge Farm works with a long combined list of restaurants, retailers, wholesale buyers, farmers markets, CSA members, and nonprofits to make fresh, local food available to the Eastern and Driftless Iowa communities.

Since its inception in early 2017, Jupiter Ridge Farm’s food has been donated to communities in need, featured at farm-to-table dinners, and relished by chefs, restaurants, and consumers in Driftless Iowa, Cedar Rapids, Iowa City, Dubuque, and beyond. The farm has been written about in publications like Salon Magazine, Civil Eats, and Good Housekeeping.

In 2018, Jupiter Ridge Farm was invited to speak at the annual Iowa Organic Conference on diversifying one’s farm with vegetables and mushrooms. You can find Adrian, Will, and Jupiter Ridge at Dubuque Farmers Market every Saturday during the spring, summer, and fall or at the Dubuque Winter Farmers Market in winter – or, delivering product every Tuesday to restaurants and CSA members in Cedar Rapids. 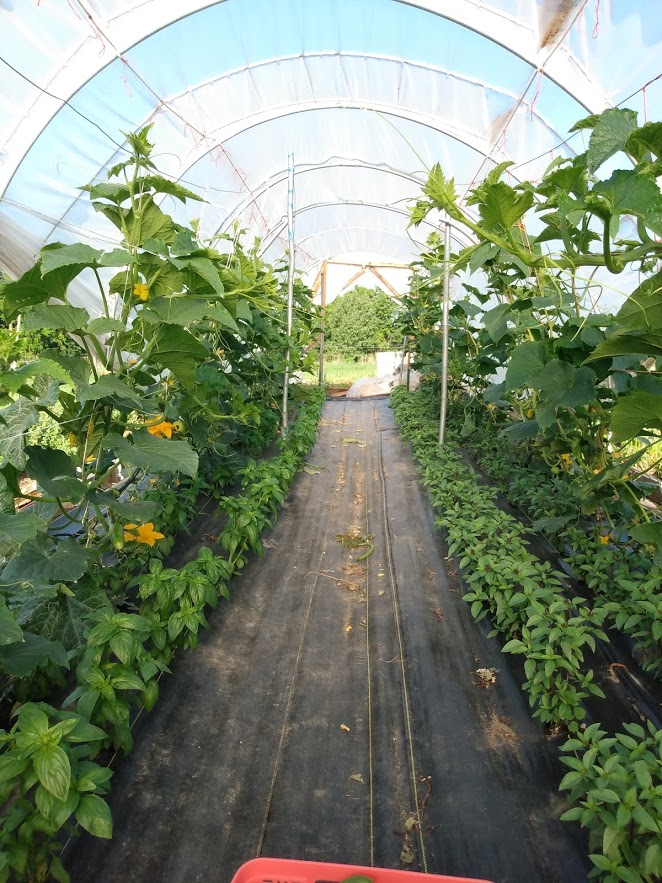